The challenge for the company’s third millennium will be to continue with gradual technological innovation while maintaining the wine-making traditions of Salento.
One hundred years of experience

For the company, total control of the production chain is the guarantee of product safety: from the vineyard to the table, right through the phases of vinification, ageing and bottling. 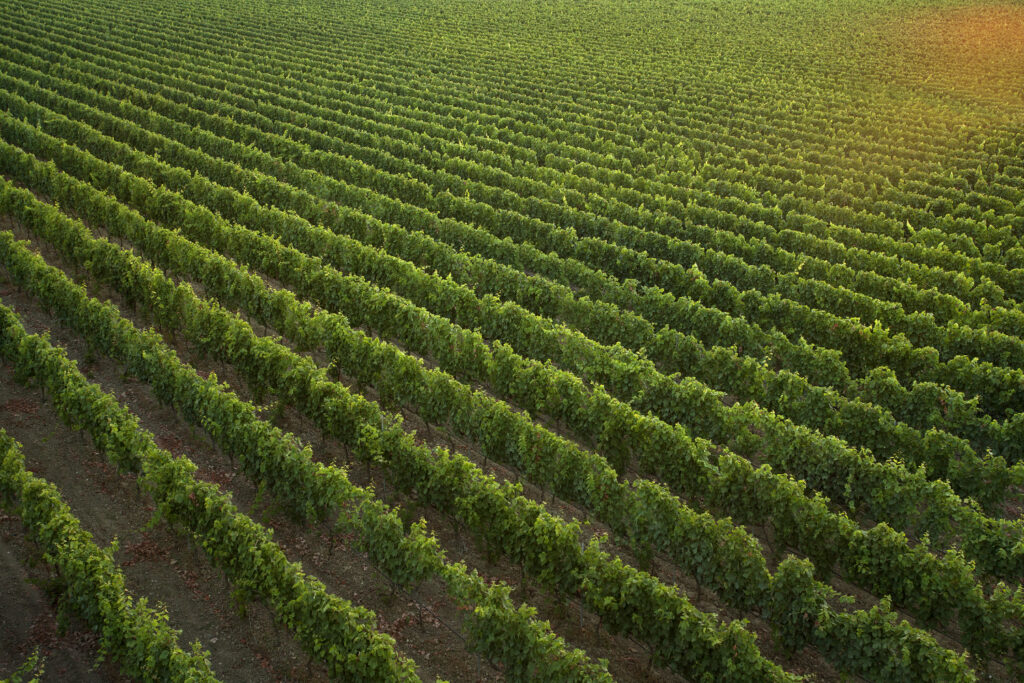 Mottura’s vineyards are mainly bush and vertical trellis trained, the former having an average age of 60 per plant and the latter 10-15 years old.
The bush-trained plants are grown in “white soils” where there is a higher concentration of tuff, which favours the production of full-bodied, concentrated and very fragranced wines.
The average production per hectare is 8,000/10,000 kilos for the vertical trellis-trained vineyards and 3,000/4,000 kilos per hectare for the bush-trained vineyards.
The vineyards are managed according to production technical guidelines whose goals are to guarantee integrated management, excellent quality standards and the traceability of the entire production chain.

The Mottura winery in Tuglie has a storage capacity of 800,000 litres and has all of the most advanced technologies for stabilising the wines.
There is a barrique cellar where the company’s top wines are aged in oak wood.
All areas are temperature-controlled to guarantee the best product preservation. 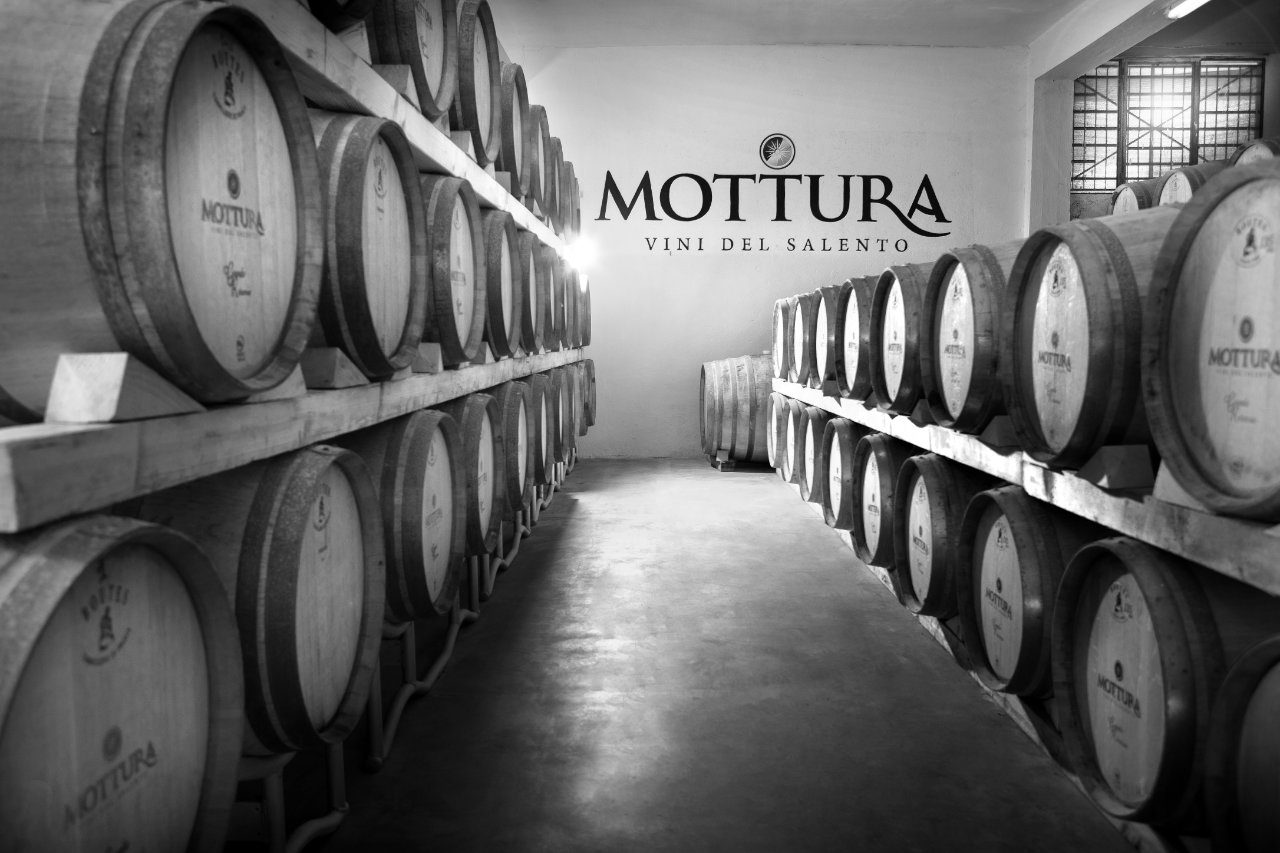 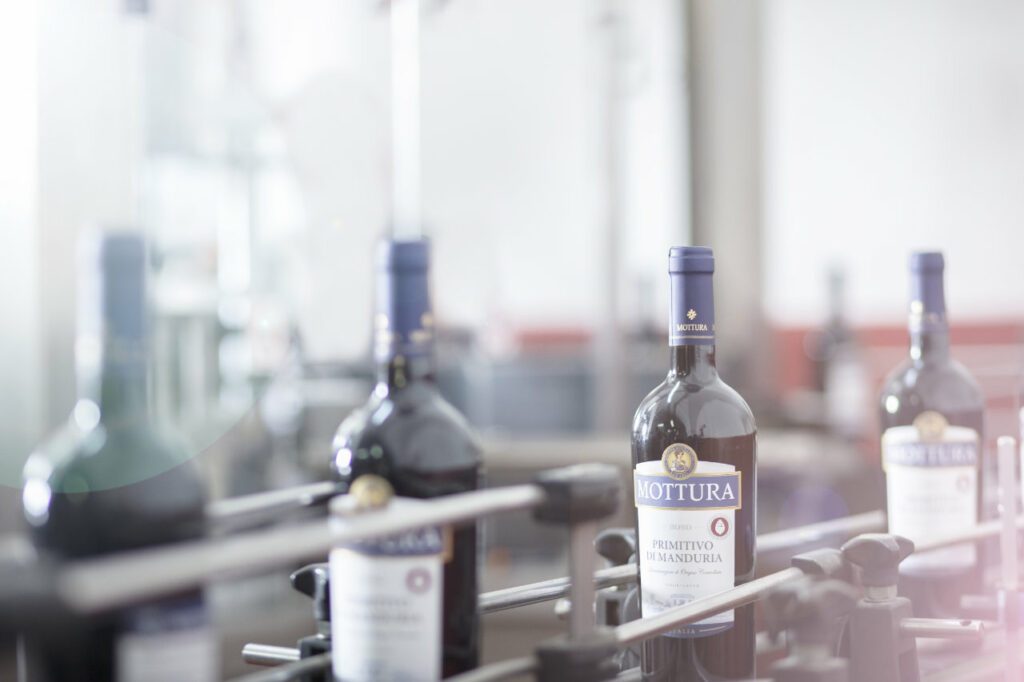 The modern bottling line is managed using procedures that aim to protect the quality of the wine and keep its properties intact, from the vineyard to the cellar.
Right from the outset this phase was studied and developed to distribute a product of excellence throughout Italy and in many countries abroad, where Mottura wines are prized.

The vinification centre has the most advanced equipment and technologies for the fermentation and maceration processes.
In addition to analyses and controls, the development of the vinification process is also evaluated by constant and systematic tastings.
There are two laboratories for analyses, carrying out over 80 tests in the various production phases, from the field to the bottle. 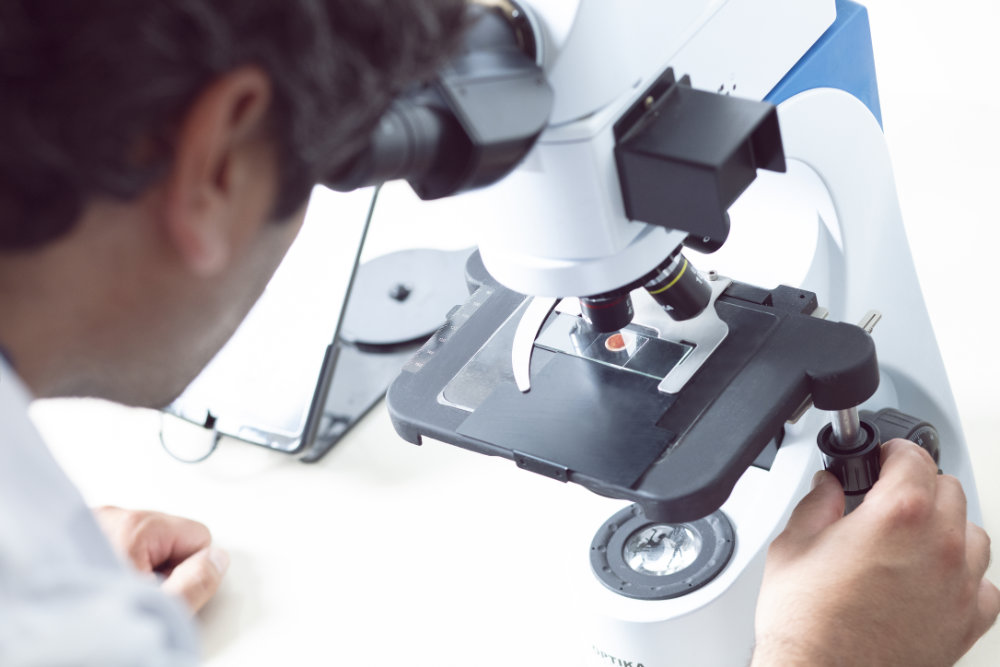 The climate
Marked by mild winters and hot summers with high heat summation, the climate is quite ventilated even in summer. Situated just a few kilometres from the sea, it enjoys constant breezes and good differences in temperature between day and night. The mainly northerly winds mean the vegetation and grapes are constantly dry. Average precipitations are about 650 mm per year.

The soil
Altitudes between 50 to 70m a.s.l.; alluvial and medium texture soils with a variable composition: some rich in iron oxide interspersed with alkaline tuff substrate, clay and with calcareous gravel. High in phosphorus and potassium. Other soils are medium texture, tendentially clayey with high quantities of calcium carbonate.

Mottura can boast numerous awards over the years, not only in Italy, but also in Germany, France, Belgium, the United Kingdom, the United States and many other countries.
The honours awarded to our wines by leading events and publishers in the sector, such as Mundus Vini, Decanter World Wine Awards, Berliner Wine Trophy, International Wine & Spirit Competition, Concours Mondial De Bruxelles and Wine Spectator, to mention just the most recent, stand as a testament to our commitment towards our consumers, to whom we have been guaranteeing quality, taste and constant research for almost 100 years. 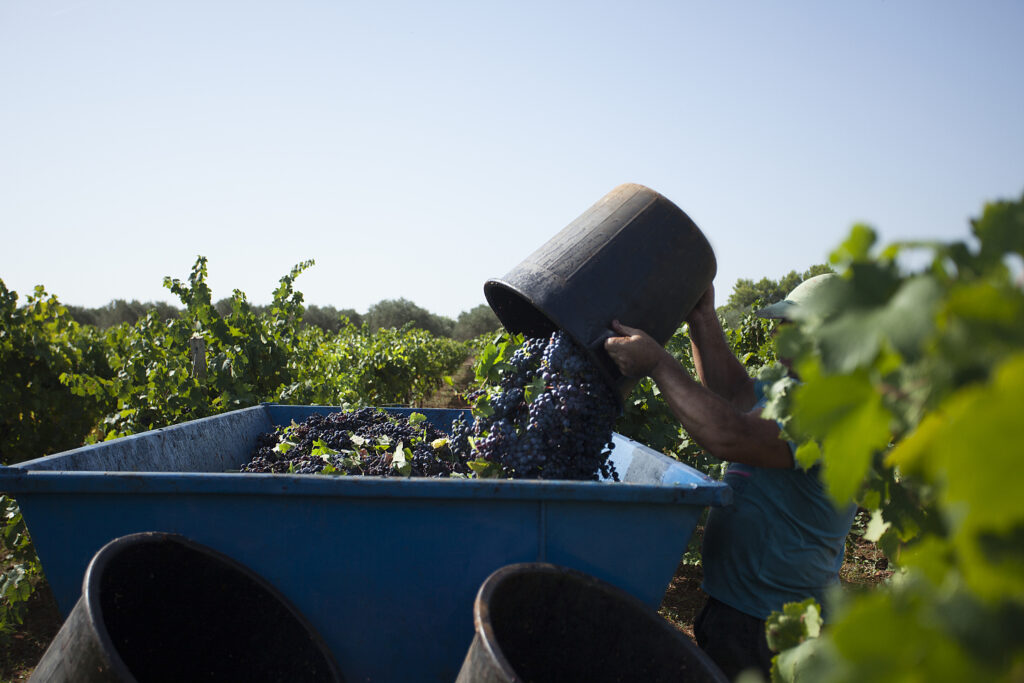 Over recent years Mottura’s commitment to environmental sustainability has become even stronger.
We strive every day to enhance the characteristics of the different vine growing zones in the area and to maintain their biological fertility, the basis for a product of excellence:

Complete management of the production chain

Mottura has its roots in the area where it was founded and has grown: Salento In addition to preserving and passing down the traditional quality and excellence of local wine by using native wine species, it adopts all precautions and checks to reduce environmental impact to a minimum: constant analysis of the soil, attention to water resources, and the use of the best agricultural technologies.
The quality of our wines, prized all over the world, is the fruit of expertise, professionalism and care. That is why we invest into the highest level of safety and protection of our staff throughout all the phases, from cultivation to production and distribution.
Mottura has always guaranteed the entire production chain, both in terms of its workers as well as the quality and safety of the end product.

Safety and sustainability have always formed the basis of our philosophy. In fact, we have been following and promoting the Integrated Production Protocol for many years now.
The Mottura Vini del Salento winery has obtained the National Integrated Production Quality System (SQNPI) certification confirming that all activities in our vineyards are in compliance with the Protocol of the Ministry of Agriculture and Forestry.
The protocol involves the exclusion of any product that may pose risks to the health of farmers, producers and consumers, strictly limiting the use of synthetic pesticides to guarantee the maximum safety margin. 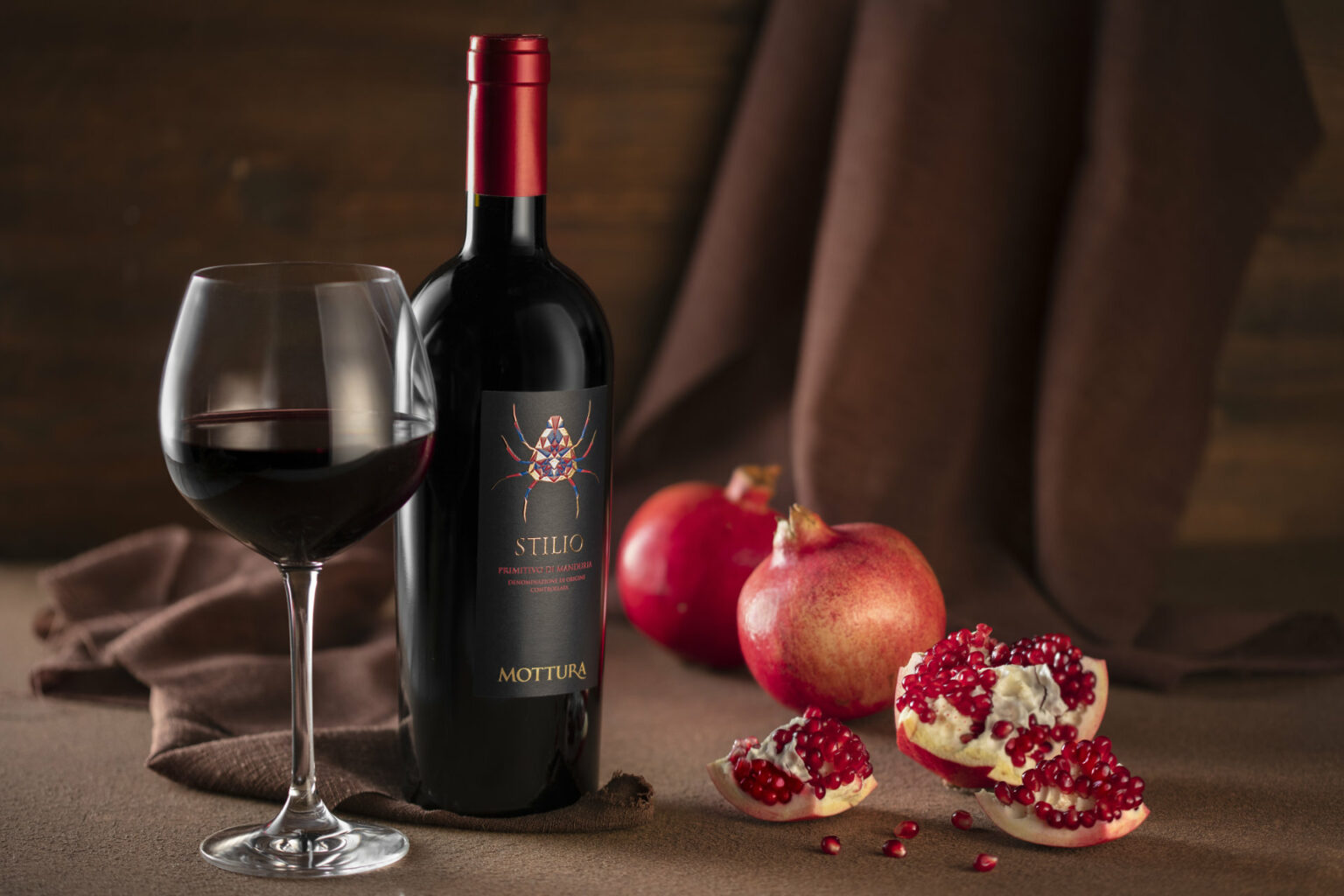